On March 7, 2007 a Boeing 737 aircraft being operated by Garuda Indonesia as a domestic flight from Jakarta to Yogyakarta, Indonesia overran the runway, crashed, and burst into flames at Adisucipto International Airport. Of the 133 and 7 crew members on board, 20 passengers and 1 crew member died. Garuda Indonesia has one of the worst safety records among the world’s national air carriers. Following the crash, the European Union banned all Indonesian airlines, including Garuda Indonesia, from flying into the EU. The ban was lifted in 2009 after widespread reforms were implemented.

Find out more about our Aviation Attorneys

The founder of Wisner Law Firm, Floyd A. Wisner, is approaching his 38th year in the practice of law. He is a skilled veteran aviation attorney who has successfully represented clients in virtually every major airline and aviation disaster over the last two decades. 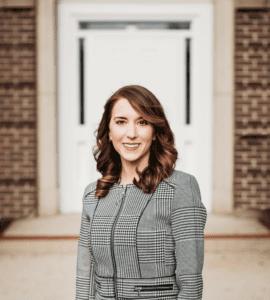 Alexandra M. Wisner is an aviation attorney that focuses her practice on complex product liability and claims brought under the Montreal Convention. Since joining Wisner Law Firm, P.C. in July 2014, Alexandra has served as co-counsel with the aviation attorney Floyd A. Wisner on an array of aviation litigation & law matters.

Were you involved in this aircraft accident?

Wisner Law Firm’s aviation attorneys fights for those who have been injured or suffered the loss of a loved one in an airplane disaster or crash. Our aviation law firm is committed to helping its clients achieve their goals of determining the cause of the crash, identifying the responsible parties and holding them accountable, obtaining the payment of fair and just compensation, promoting air safety and effecting change so that such tragedies do not recur.

Our attorneys specialize in wrongful death and personal injury actions arising from aviation disasters that have occurred both domestic and abroad. The only plaintiff’s firm in Illinois that devotes its practice exclusively to aviation law and litigation.

Past cases of Wisner Law

Wisner Law Firm practices exclusively in the area of aviation litigation. Aviation litigation refers to the pursuit of the cause of actions relating to an accident or incident involving an aircraft. Our team of aviation attorneys specialize in wrongful death and personal injury actions arising from aviation disasters that have occurred both domestic and abroad.